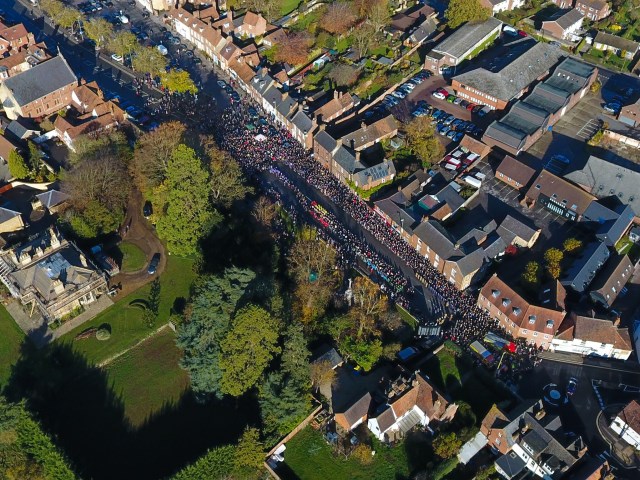 Thousands of residents came out on a beautiful sunny Sunday morning to attend Thame’s Service of Remembrance at the Memorial Gardens. Local photographer Pete Stratton (Creative Skies) captured some amazing aerial drone images of the Remembrance Service, including the one above as the crowds lined the street to watch the procession as it arrived at the Memorial Gardens.

Later in the day, a well-attended beacon lighting event took place at the Memorial Gardens featuring performances from Anne Reid-Hansen and Tay o’Lay. Thame Town Council would like to thank everyone involved, notably Gregory Distribution for providing the stage, Justin Owen for the sound equipment, The W Cafe for accepting the invitation to open on the Sunday evening  and The Chippy for offering 100 free cones of chips. Special thanks should also be noted to Sue Hurst for playing the piccolo and Mark Young for videoing.