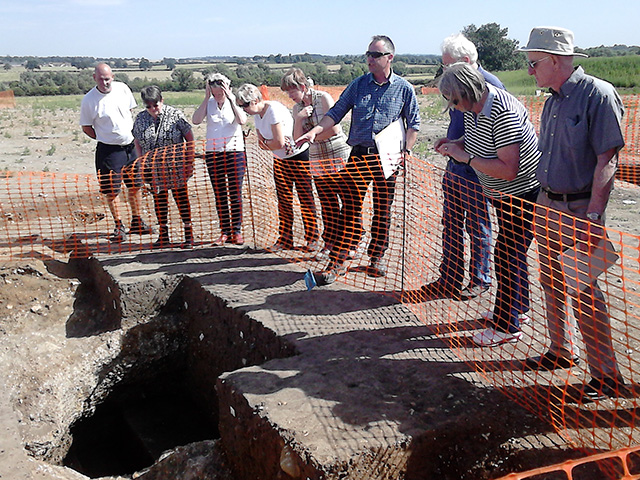 Archaeologists made a major discovery at Thame in 2015. The land beneath the Thame Meadows housing estate, Site F in the Thame Neighbourhood Plan, has revealed that Thame has a rich prehistoric past, going back around six thousand years.

The most significant find was an unexpected early Neolithic causewayed enclosure, and a big one at that. It dates from nearly six thousand years ago, to the time when farming was just beginning in Britain. The site had much more to give, revealing a lot of evidence from not just the Neolithic but the Iron Age, the Roman period and the early Anglo Saxon period. Recorded by the archaeologists, before the houses were built, were a Neolithic henge, Iron Age round houses and drove-way, an extensive Roman agricultural settlement, and Anglo Saxon sunken featured buildings. Earlier, a Bronze Age burial mound had been found in Thame High Street, and two Bronze Age spearheads were found at the new football club.

We have archaeological evidence of continued occupation at Thame from the beginning of farming, before the building of Stonehenge, to the birth of Anglo Saxon England. Historical records then take up the story, starting in the year 675 AD, when the King of Mercia signed a charter at Thame, with his hand on an altar, indicating that there was a Christian church at Thame, nearly one thousand four hundred years ago. This was almost certainly on or very near the site of St Mary’s Church.

Christianity had arrived in the region in the year 635 AD, when Bishop Birinus founded a cathedral at Dorchester-on-Thames, next to the old Roman walled town. It is thought that Bishop Birinus founded a Christian church at Thame shortly afterwards. Thame is connected to Dorchester-on-Thames by the river Thame, a probable communication route in Roman times. Very early on, Thame became part of the private estates of the Bishops of Dorchester. 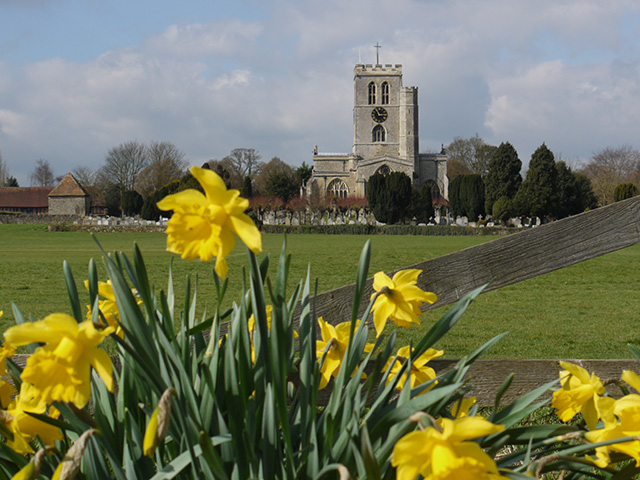 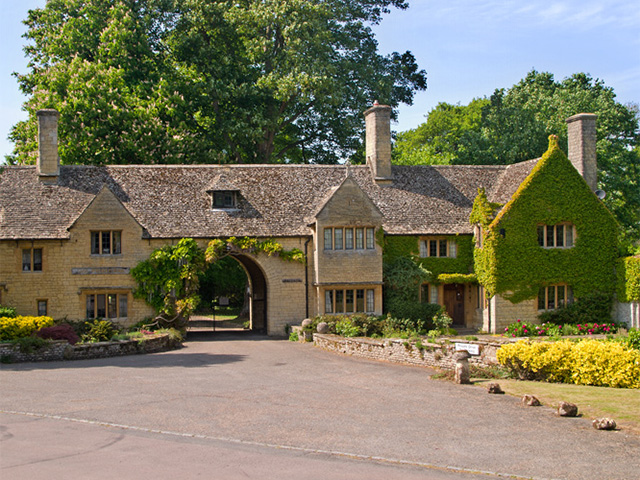 Thame became linked to the new cathedral at Lincoln through a prebend. This meant that the church tithes raised from the people of Thame went to fund the living of a series of canons of Lincoln Cathedral. A residence, or Prebendal House, was built for them at Thame, which became a private residence in Tudor times. The canons were not cloistered monks, they were often wealthy churchmen. The Thame Hoard, found near the Prebendal House in 1940, with its rings and coins, gives us a glimpse of their wealth. One of the rings in the Thame Hoard was a reliquary ring (which you can see a large-scale replica of in Thame Museum) and it bore the two-bar cross, which Thame took as part of its emblem.

In the twelfth century the then Bishop of Lincoln, as lord of the manor, decided to create a new town at Thame. Many new towns were being planned out and created at the time, as the population grew and trade expanded. The bishop took land that was being farmed directly for his benefit and laid out a new planned town over it. The result is Thame’s famous wide High Street. The original open space, with its angled sides, was deliberately constructed to accommodate the market in the twelfth century.

Over time, market stalls in the open space of towns like Thame started turning into permanent structures. Some of the buildings around the Birdcage in Thame, and the Birdcage itself, are examples of buildings built within the open marketplace. Thame is noted for the way the medieval plan of the town has survived. We can still get a feeling of entering a structured space when we enter Thame High Street.

Sir John Williams was later made Baron Williams of Thame, or Lord Williams, and through his will he founded a grammar school at Thame. The original building, finished in 1571, can still be seen next to the Barns Centre, but Lord Williams’s School moved to a new site on the Oxford Road in the nineteenth century.

For many centuries, the shape and size of Thame hardly changed at all, as Thame’s livestock market, its tradesmen, its merchants, and its many pubs served the people of the surrounding area. Even today, we have the Cornmarket and the Buttermarket, and some of us lament the number of old pubs that have closed.

The way the buildings within the town looked did change with the times. Thame still has some fine timber framed buildings, but many of its buildings reflect the Georgian style, sometimes with elegant facades. Sometimes, behind the elegant facades, you can still find the old timber structures, taking you further back in time.

In the nineteenth century, Thame began to expand. East Street was constructed, the start of a turnpike road to Princes Risborough, and terraced houses began to appear along East Street and Park Street, often to house agricultural workers moving to the town from the countryside.  New Victorian buildings began to appear in the High Street, including the Town Hall, and a new County Court, now Thame Museum. The railway came to Thame, but the line, and the station, avoided the ancient town, with the station going instead to the expanding eastern part of the town. 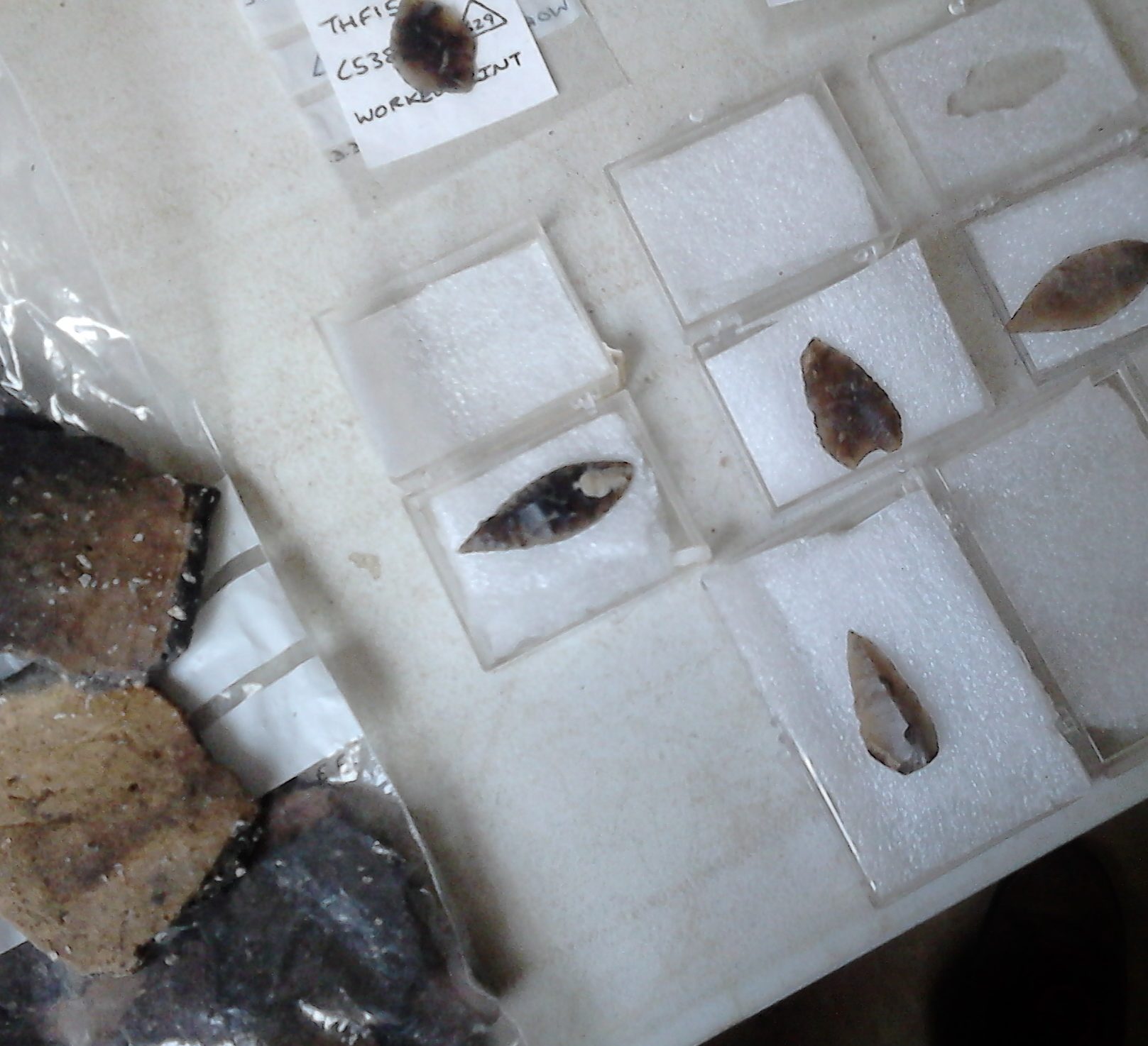 The twentieth century saw further expansion, and changes. In the 1950’s, the town’s livestock market moved to a new site in North Street, after eight hundred years of being in the High Street. The Tuesday market still takes place in the High Street, as do the annual fairs, rooted in medieval tradition. In the 1960’s, Thame railway station closed, after 100 years of operation, as the line was on the Princes Risborough to Oxford branch line closed under Beeching. Today the popular Phoenix Trail follows the line of the track where trains once ran between Thame and Princes Risborough, and Haddenham and Thame Parkway station now serves Thame’s many commuters and travellers.

In the 1970’s, the Lea Park housing estate was built, north of the town, one of several twentieth century new estates that boosted the town’s population. In the 1990’s, the M40 motorway was extended from Thame to Birmingham, adding to the town’s appeal.

The twenty-first century has seen Thame becoming a pioneer in the creation and adoption of a Neighbourhood Plan. In that plan, Site F was earmarked for housing. Many years ago a badger unearthed part of an Iron Age pot on Site F, and that was duly recorded, leading to an archaeological survey before housebuilding began, which in turn led to a full scale excavation, and to the discovery of Thame’s amazing prehistoric past. We can now celebrate six thousand years of history.