Thame Town Council wanted the people of Thame to have a say in all aspects of the future of the town but most importantly it wanted local people to decide where new housing, allocated by the South Oxfordshire District Council’s Local Plan, should go.

Thame’s Neighbourhood Plan sets out a vision for the area that reflects the thoughts and feelings of local people with a real interest in their community. The Plan sets objectives on key themes such as moving around, housing, employment, green space and community facilities. It builds on current and planned activity and what the Town Council and its partners will work towards over the coming years.

The Thame Neighbourhood Plan has received a number of awards including the Royal Town Planning Institute (RTPI) Award for Planning Excellence 2013, the RTPI South East Planning Award 2013 and a Commendation from the Association of Market Towns.

Additional documents relating to the Thame Neighbourhood Plan are available on request.

What is in the Plan?

The Plan is a plan for the town as a whole. It provides a vision for the future of the town and sets out clear planning policies to realise this vision. These policies accord with higher level planning policy, as required by the Localism Act. It looks at a wide range of issues, including:

The process began in 2011 with open events at the Town Hall, attended by more than 800 local residents. These identified issues and opportunities for the town, which were then analysed and collated by independent planning consultants.

Volunteers joined working groups on Housing, Working & Shopping, Getting Around, Leisure & Well-being, and Environment & Sustainability. Smaller meetings were held with stakeholders, residents’ associations and interest groups such as the Cattle Market Action Group, Stones Close Allotment Society, Thame 4 Business, schools, medical providers, sports clubs and many more. All of the outcomes were evaluated by the consultants in developing a draft plan for further consultation.

Recognising that housing site allocations were the primary concern of most people, a ‘Preferred Options Report’ was delivered to every home in Thame in 2012. This asked for residents’ input on the proposals, before further open events were held to listen to people’s views.

The full Draft Plan was published in August 2012 for a further six-week consultation period ending in early October. Hundreds of responses helped to strengthen aspects of the Plan. There was general agreement that the Draft Plan reflected the wishes of the community and, with some amendments, could move to the next stage. 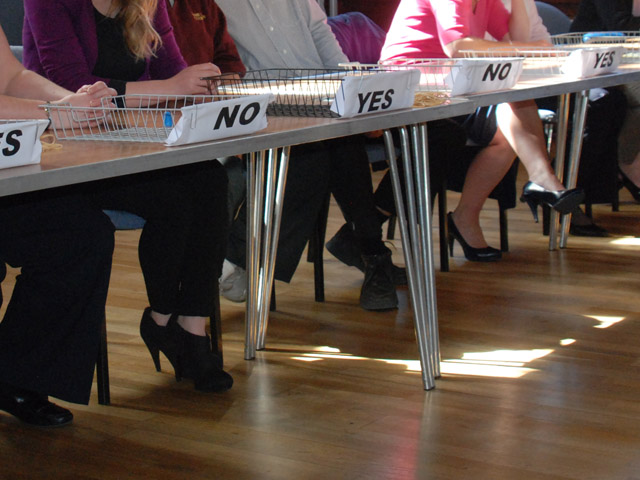 Thame’s Neighbourhood Plan was put forward for examination to test whether it was in accordance with the strategic policies in South Oxfordshire District Council’s Core Strategy. It was determined by the External Examiner that Thame’s Neighbourhood Plan had ‘undergone an exemplary public consultation process and set out a clear and deliverable vision for the neighbourhood area’. Following recommendation from the External Examiner, the Plan moved forward to referendum.

The referendum which took place on 2 May 2013 was successful, achieving a turnout of 38.9%. Over 76% of those who voted were in favour of the Plan. The Thame Neighbourhood Plan was formally made part of South Oxfordshire District Council’s development plan on 18 July 2013.

In March 2019, the Town Council issued a call for land and buildings on sites that can help meet Thame’s needs and aspirations.

The Thame Neighbourhood Plan is in the process of being reviewed following the adoption of the District Council’s Local Plan in December 2020.