An amazing turnout on Remembrance Sunday

The Centenary of the End of WW1

Thousands of residents came out on Sunday 11 November 2018 to attend Thame’s Service of Remembrance at the Memorial Gardens. It was a beautiful sunny morning and local photographer Pete Stratton (Creative Skies) captured some amazing aerial drone images of the Remembrance Service, including the one above as the crowds lined the street to watch the procession as it arrived at the Memorial Gardens.

Later in the day, a well-attended beacon lighting event took place at the Memorial Gardens featuring performances from Anne Reid-Hansen and Tay o’Lay. Thame Town Council would like to thank everyone involved, notably Gregory Distribution for providing the stage, Justin Owen for the sound equipment, The W Café for accepting the invitation to open on the Sunday evening  and The Chippy for offering 100 free cones of chips. Special thanks should also be noted to Sue Hurst for playing the piccolo and Mark Young for videoing. 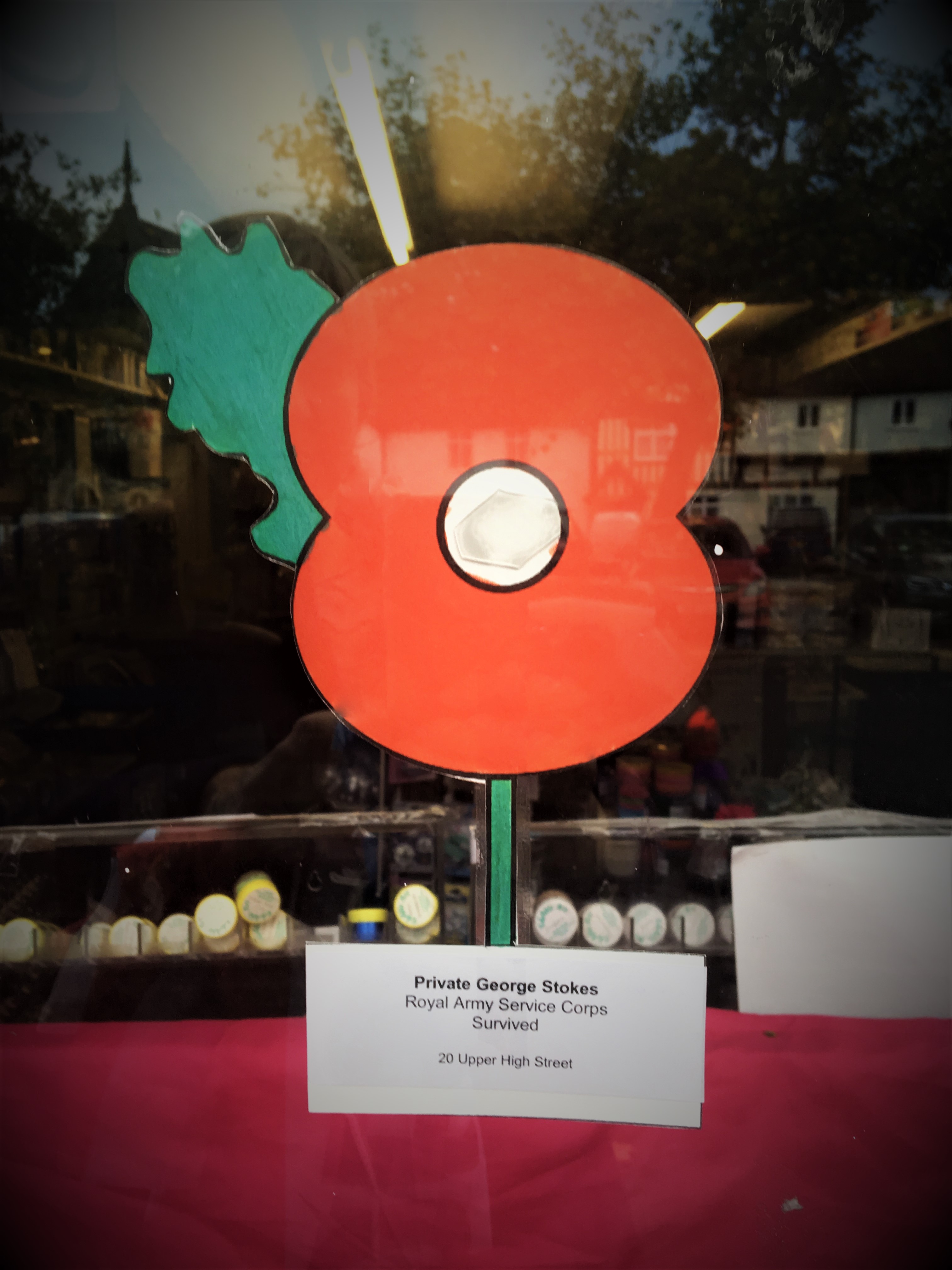 Between 1 and 12 November, almost 200 homes in Thame displayed a poppy, or poppies, in their front windows as a visual and poignant tribute to the men who lived there before going to fight in the War. Of the 600 men who left to fight, Thame Remembers were able to trace addresses for 320 of them, 65 of whom paid the ultimate sacrifice. The poppies, printed by Windles, were coloured in and cut out by local schoolchildren, scouts, guides, the Youth Café and Day Centre. Poppies with a black centre represent those who did not return, and a white centre represents those who did.

Additional poppies were also displayed around the Town Hall.

A tree sapling, with a commemorative plaque, was planted at Southern Road Recreation Ground on the Cuttle Brook Nature Reserve as part of the Trees of Remembrance Project (a partnership between Oxfordshire County Council and The Woodlands Trust).

Silhouettes were placed in the churches of Thame and at the Memorial Gardens (at the Service of Remembrance) as part of the national ‘There but Not There’ project.

A life size ‘Tommy’ was installed at the Memorial Gardens during the National Poppy Appeal as part of the Royal British Legion’s ‘Thank you’ project. The lifesize Tommy was purchased by RBL with the proceeds of the Vintage Tea event held in August.

A temporary art installation, titled ‘Living Monument’ at The Old Train Station Platform on the Phoenix Trail in Thame was on display over the Remembrance weekend. This community art installation and Remembrance Memorial consisted of 130 portraits of men currently living in Thame and the surrounding areas representing each of the individuals who went off to fight in WW1. 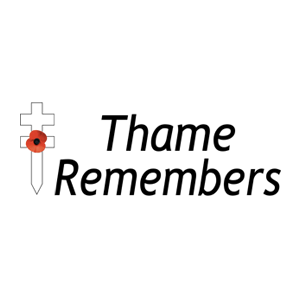 The Thame Remembers Project, launched in 2014, undertook to commemorate the centenary of World War One by researching all the names on the Thame War Memorials, for all conflicts, to discover more about their lives, and to challenge the people of Thame to place a ‘Thame Remembers’ cross on each resting place, wherever in the world that may be. The community took up the challenge and more than 300 people have collectively travelled more than 150,000 miles to visit cemeteries and battlefield memorials in 23 countries across four continents.

Find out more at thameremembers.org