Potholes and the Thame Neighbourhood Plan 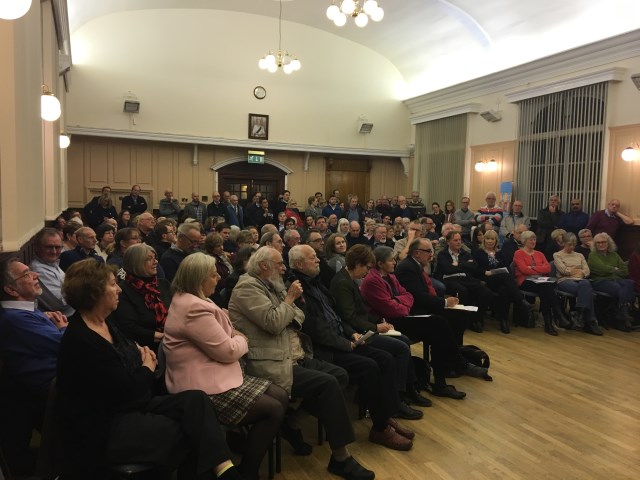 The Town Hall was packed on Tuesday night for the Annual Town Meeting, a meeting for the electorate of Thame to express their views.  After a brief summary from the Mayor, extolling the virtues of the Thame Community and highlighting specific items of progress in the year, the bulk of the meeting was then taken up equally by two separate topics.  Firstly representatives of Oxfordshire County Council explained the process of pothole fixing and the difficulties faced, while the residents expressed their strong dissatisfaction with the current state of the roads / pavements of Thame.  Particular issues were taken away to be addressed.  We continue to encourage residents to report each and every issue via FixMyStreet. There was then a brief interlude, as the normal business of an Annual Town Meeting was conducted, which included wider questions on infrastructure, the cattle market, the council tax increase, speed limits and the need for additional pedestrian crossings. Those with stamina stayed for the second half which after a brief presentation on the Success / Issues of the current Thame Neighbourhood Plan, broke into very useful separate workshop discussions on what a new Thame Neighbourhood Plan may contain.  For those who couldn’t stay, or couldn’t make the meeting, we would really appreciate your initial input on this form.