Land at The Elms 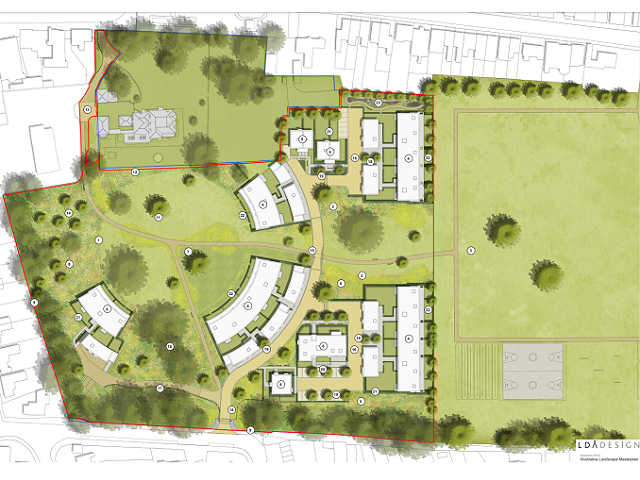 At a meeting of Thame Town Council on Monday 5 July 2021, it was agreed that the Town Council could not justify taking further action against the granting of planning permission P20/S0928/FUL (Land at The Elms, Upper High Street) by the District Council on 8 June 2021.

The site has a long and complex planning history. The Thame Neighbourhood Plan specified a maximum of 45 homes, with permission granted in August 2015 for 37 units. The developer then sought intensification and change of use to 87 Extra Care housing units which was gradually reduced through a series of rejections, appeals, and new applications.
The latest planning application (P20/S0928/FUL) is for 66 Extra Care housing units, along with the creation of new public open space; the provision of new pedestrian/cycle links from Upper High Street to Elms Road and Elms Park; and associated infrastructure works and landscaping. The Town Council objected on 2 June 2020 on the grounds that it was contrary to Thame Neighbourhood Plan (TNP) policies H1, HA4, H8, H9 and H10; poorly designed in terms of security; the accommodation not complying with the County Council’s definition of or strategic need for Extra Care Housing; and heritage concerns not being outweighed by the benefits of the proposal.
The application was taken to the District’s Planning Committee on 21 October 2020 but deferred pending further information in respect of affordable housing. South Oxfordshire District Council (SODC) then adopted the new South Oxfordshire Local Plan 2035 on 10 December 2020. The planning application was taken to the District’s Planning Committee again on 16 December 2020 where it was resolved to grant planning permission, subject to conditions. Full planning permission was granted on 8 June 2021.

In addition to objecting to the scheme and speaking against the application at both committee meetings, the Town Council has taken various routes of action since the December meeting.

The Town Council now looks forward to the owner of the land building the scheme they have spent years pursuing. There are some potential benefits for Thame, including a £2.9million contribution to affordable housing within Thame (if sites can be found and which must be spent within 5 years of the contribution being handed to the District Council), 1 hectare of public open space and the creation of new on-site path / cycleways. The S106 agreement will also provide £36,000 for primary care services, £20,000 to public art in Thame and, most notably, £560,000 for improvements to Elms Park recreation area, though it should be noted that the latter will not be released until after the 33rd apartment has been built and occupied.