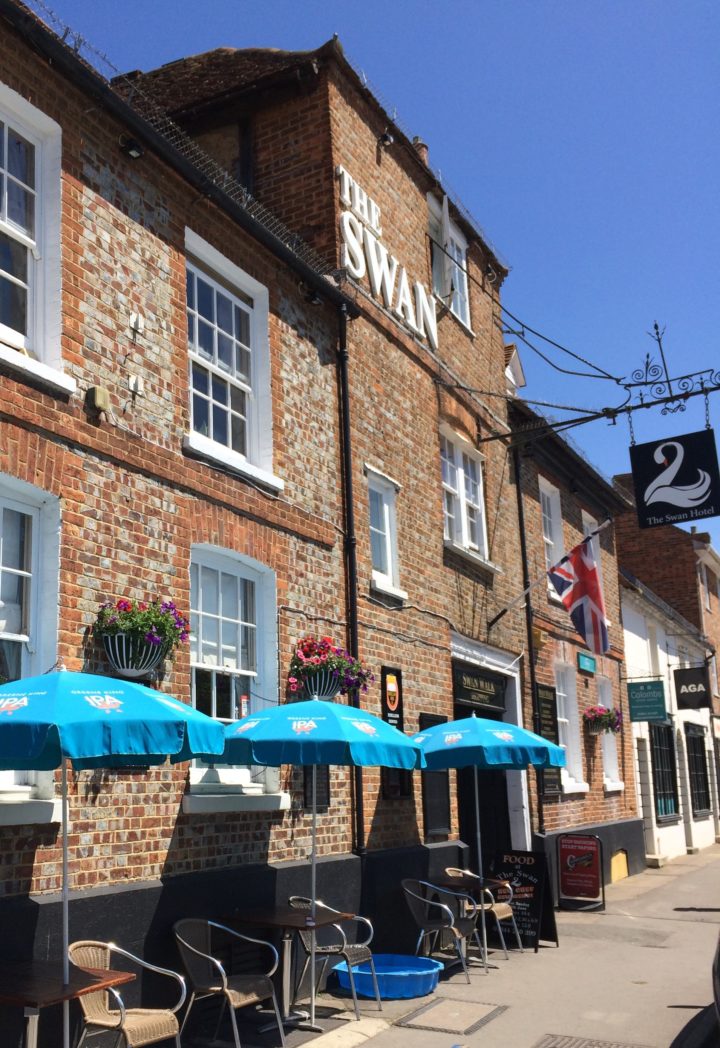 In Vixen’s Run, Lucinda and Simon are staying at the Swan Hotel. They are trying to find clues regarding Lucinda’s father’s estate and later go into Causton Library (Market House) for information. They follow clues found in an edition of Rupert Brooke’s Collected Poems.

The Swan Hotel dates from the fifteenth century. The frontage was later altered to become the present Georgian façade. Inside this Grade 2 listed building there is a sixteenth-century painted ceiling.

Keep walking until you reach The Aga Shop.

Featuring as Causton Chemists in Vixen’s Run, Barnaby is seen leaving this shop after going in to get some tablets for his indigestion problems.

Keep walking along the side of the car park until you reach 15 Upper High Street. 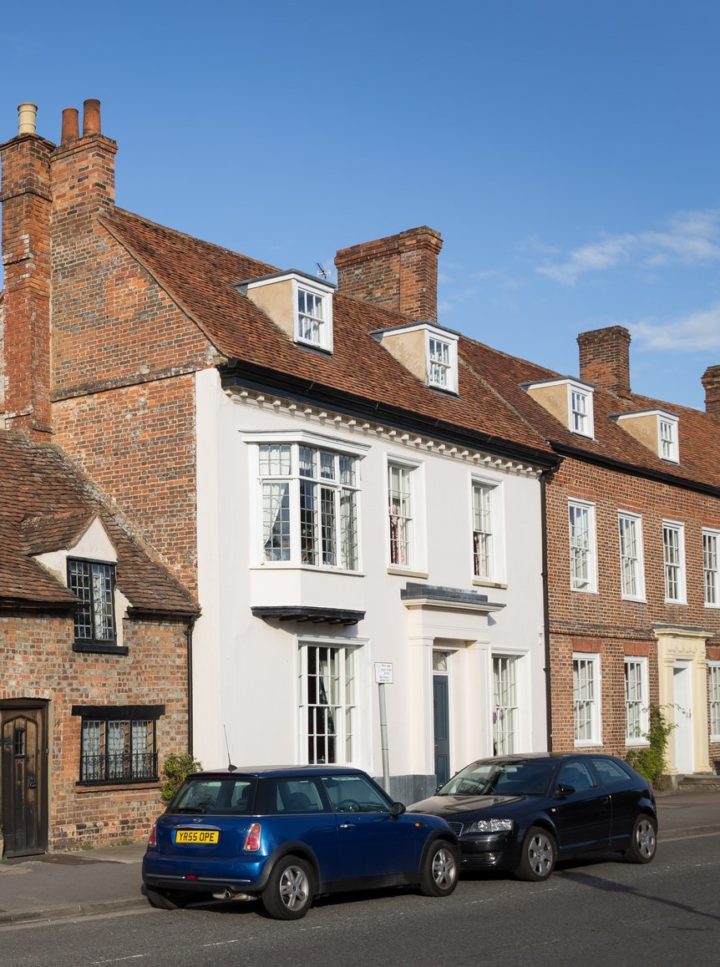 This is Lionel Bell’s house in Picture of Innocence. Lionel is murdered and Barnaby is seen in conversation with the postman outside the front door of this house. Later, Lionel’s daughter, Philomena, who now owns the house and which she has put up for sale, is seen leaving the house whilst in conversation with Barnaby and his wife, Joyce

Walk to the end of the car park and look across the road intothe courtyard of 34 Upper High Street on the opposite side of the road.

This courtyard (belonging to the offices of CarmichaelUK) has featured twice as an undertakers. In Things That Go Bump in the Night it was Pennyman’s. In Vixen’s Run it was Cook’s.

Now, staying on this side of the road, walk back towards the Town Hall and cross over Rooks Lane to The Black Horse. 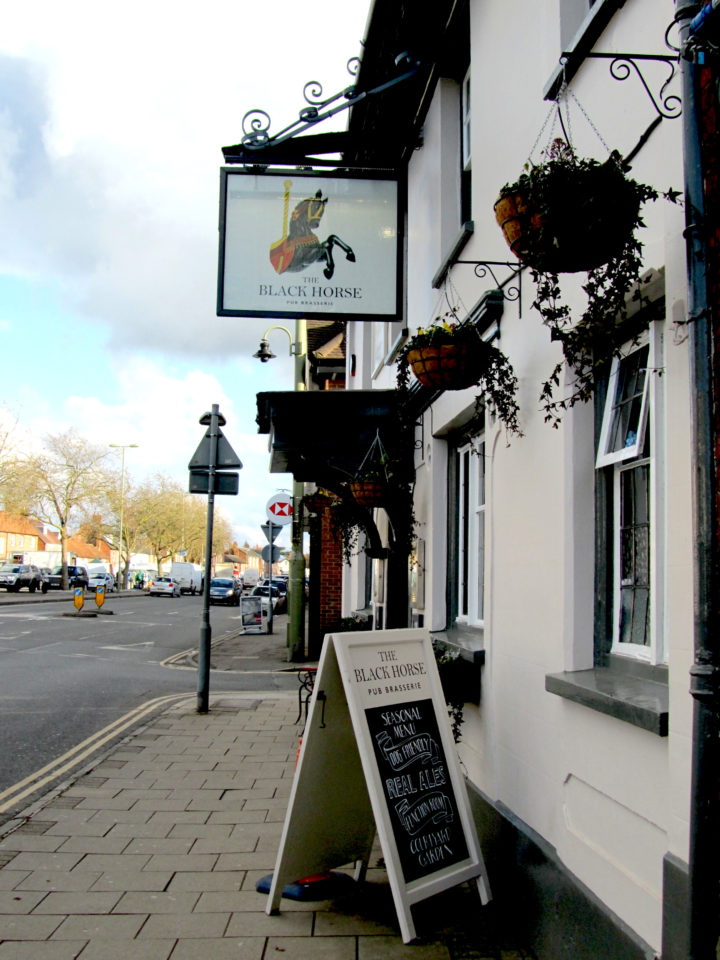 This pub featured in Death in the Slow Lane. It was Neil Dudgeon’s first episode as DCI Barnaby and he decides to visit a local Causton pub. He is seen approaching the pub and standing at the bar chatting with the barman and one of the locals.

Looking across the road you will see The Oxfam Bookshop.

This was the Cover to Cover Bookshop in Vixen’s Run. It was managed by Jenny, who was the love child of Sir Freddy Butler (deceased). Before he passed away, he had set her up in Cover to Cove.

Continue to walk towards the Town Hall. On your left hand side you come to The Spread Eagle Hotel. 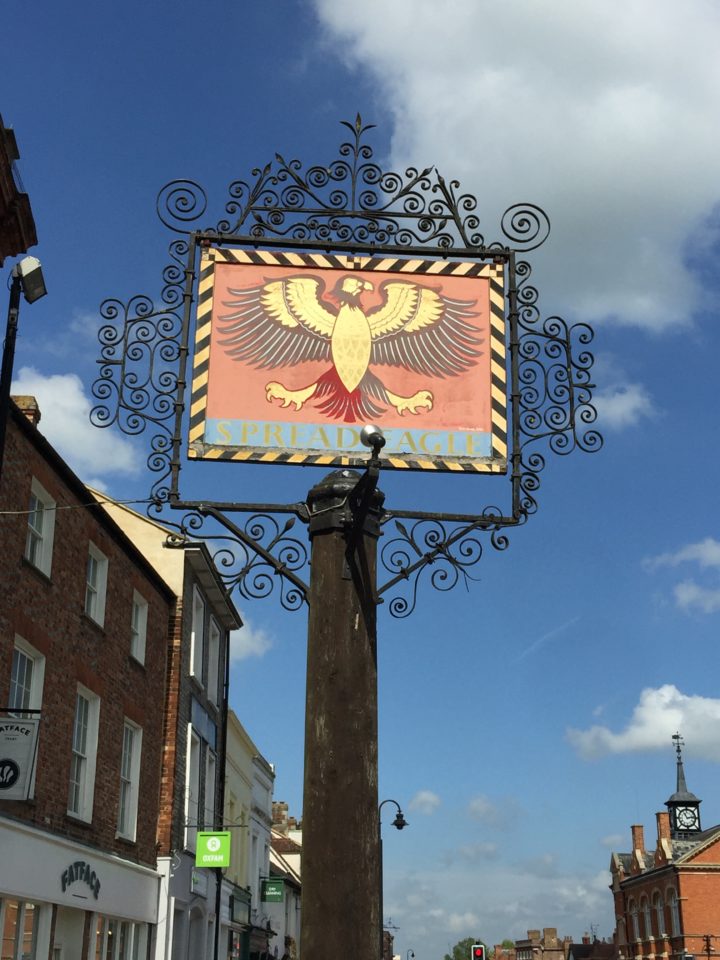 The Spread Eagle became the Morecroft hotels in Midsomer Life. It also featured in Vixen’s Run, where it was used for the interior shots of the Swan Hotel, where Lucinda and Simon were staying.

The Grade 2 listed Spread Eagle dates to the Georgian period. Between 1922 and 1932, John Fothergill, legendary innkeeper, chef and wine connoisseur, made it the place to stay in the UK. Outside, the hotel is instantly recognisable by the 30ft original sign depicting the Spread Eagle crest.

Continue until you reach the Oxfam Shop.

The Oxfam Shop appeared as another charity shop in They Seek Him Here, which revolves around a remake of The Scarlet Pimpernel. In this episode the charity shop was raising funds for a hospice.

Walk to the Pelican crossing and cross over the road at these traffic lights.

Parkers Estate Agents is on the corner in front of you. This location was used as the offices of Causton Gazette in Last Year’s Model.