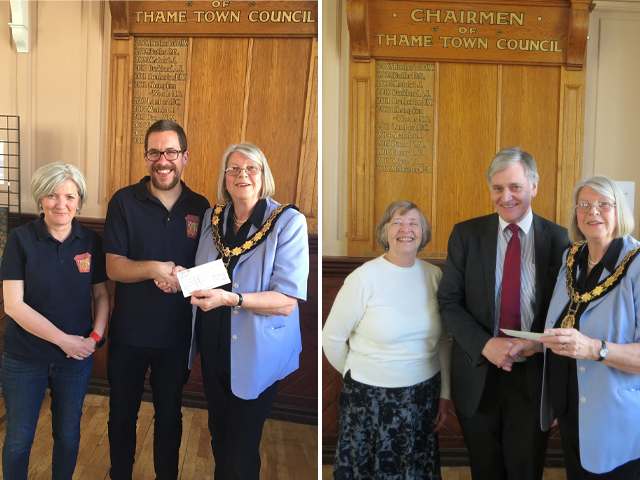 During her year of office Cllr Ann Midwinter has been raising money for her two charities, Sharing Life Trust and Thame Youth Projects.

Various events have taken place during the year which included a bingo evening, film screenings, a Youth Theatre Show, a quiz night, snooker competition and a Charity Dinner, and the total amount raised has reached £10,776.

At the annual Council Meeting on Tuesday evening Ann was delighted to present each charity with a cheque for £5,388.

A big thank you to all those who have helped contribute to this magnificent amount!

Also on Tuesday at the Annual Meeting, the Council re-elected Cllr Ann Midwinter as Town Mayor and elected Cllr Paul Cowell as Deputy Mayor. The Mayor has chosen to support Thame’s young carers during her Mayoral year.