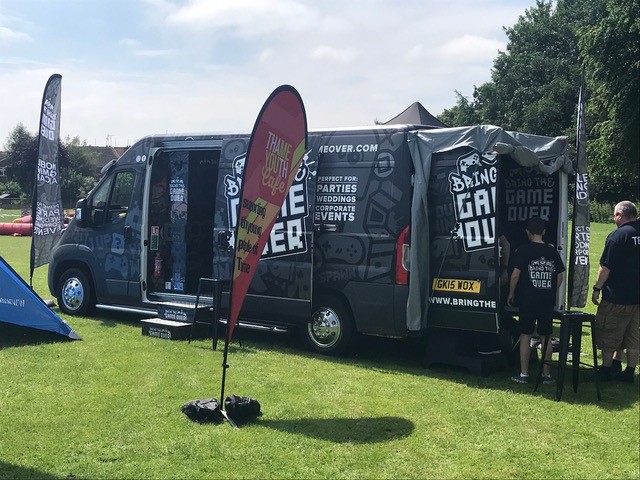 The Town Council’s annual Grant Award scheme is open to local organisations in the Thame area. The scheme aims to fund projects that address the needs, aspirations and issues of the people in our community.

This year a total of £8,845 was awarded to community and non-for-profit projects, all of which will benefit the community of Thame. The following organisations received a grant as part of this year’s Grant Awards:

Free use of the Town Council’s facilities was awarded to a variety of local groups. Lighthouse Thame and Citizen’s Advice Thame also benefited from financial support.

One of the projects funded this year was a gaming van for young people at Thame Carnival (pictured above). Over 100 young people visited the van in just a couple of hours at the Carnival. Thame Youth Projects, who applied for the grant, said “The young people could not believe someone had gone to the effort of having something at the event for them free of charge and it went a long way to making them feel valued. I just want to say a massive thank you for making this happen.”

Applications for next year’s Grant Awards will open in Spring 2019. More information about the Grant Awards scheme can be found at www.thametowncouncil.gov.uk/grant-aid.

Pictured: The gaming van at Thame Carnival which was funded via the Town Council grant scheme this year.