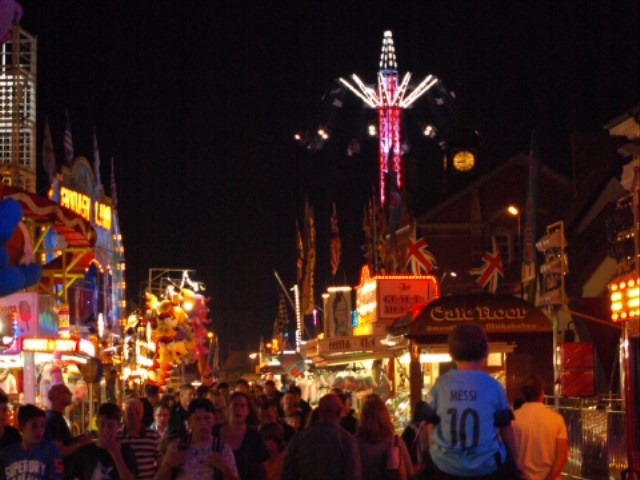 Following enquires from residents and businesses and the discussions on social media over the weekend, we are sorry to inform you that in spite of last ditch efforts instigated by the Town Council that the Guild have decided that the Thame Fair in September should still not go ahead. The Town Council sincerely wants the tradition of a town centre fair at the same time as the old Thame Show to continue, but on terms that are fair to both the Guild and the Town. The Town Council must always budget to ensure that it is not subsidising a commercial operation.  We know that the Guild has charged their showmen around £32,000 in rent for each of the last 3 years and have put that up by around another £4,000 (12%) this year, more than enough to cover the modest £979 increase (from £27,521) in Town Council charge, the first increase in three years, in spite of ever-rising costs. The amount being charged by the Town Council this year is £28,500 (not £33,900 as publicised by Guild members on social media). The Town Council offered a fully reasonable one-year, rather than four-year, agreement but the Guild would still not sign the agreement by a new deadline of 5pm on Monday 11 September 2017.

At the Full Council meeting on 15 August 2017 amendments to the Fair Agreement were approved to accommodate specific requests from the Showmen’s Guild.  The Guild had the opportunity to come along to this public meeting to address Councillors of any concerns that they had. There were some members of the public and press at that public meeting, but no representation from the Guild.

There has been much discussion about the costs to the Town Council. The Town Council is responsible for event management, event layout and emergency evacuation procedures and uses independent, accredited, local tried and tested contractors who give the best value and provide an excellent service to the Town and the Guild. Security, safety and clear-up is paramount. The risk of chopping and changing proven suppliers in a high profile town centre event is not outweighed by constant minimizing of cost.  This year additional security measures have been required following advice from the police and in light of the current heightened security terrorist threats.

Fair operations are also different in each and every Town with operational requirements assessed by the relevant authority. One service at one cost in one town is not necessarily appropriate in another.  Security in Thame includes the manning of three major and two minor road closure points, along with ensuring relevant and safe access for businesses and residents in a vibrant town centre.  Comparing costs only is not necessarily meaningful.  It was in April 2008 that the Town Council became the official organiser of the fair with roles and responsibilities defined to ensure that the concerns raised by the emergency services were significantly improved.  To that end the Town Council to date have fulfilled these responsibilities with the Showmens Guild.

It should be made clear that there will be no provisions in place to enable the September Fair to take place this year as the Showmens Guild of Great Britain have refused to sign the one year Agreement.

In the spirit of partnership the Town Council is hoping to work with the Showmens Guild to enable the October Charter Fair and future fairs to take place.

Members of the Town Council would also like to clarify further points that have been aired on social media. Thame is privileged that there are other independent organisations that undertake other festivals for Thame residents.  This year they have given support to Music in the Park, Thame Carnival, Thame Town Music Festival and Thame Arts and Literature Festival.

Please click here to read our previous statement on the Thame September Fair.