The town flag is flying! 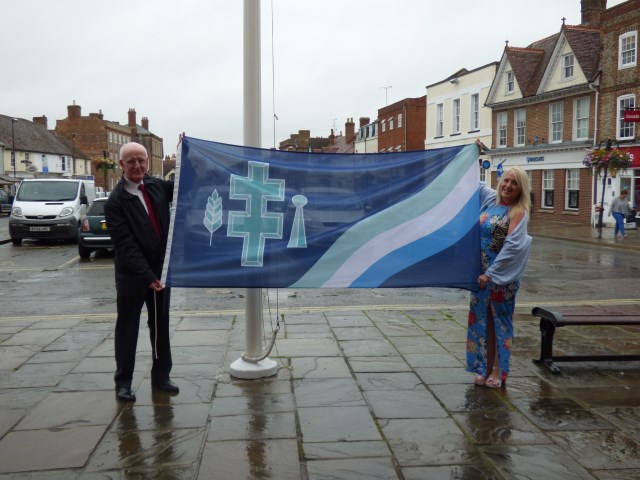 Following a recent community competition, Thame’s Town Flag was officially raised this morning. Competition winner Hazel Mann was joined by the Mayor of Thame, Cllr Tom Wyse, and Councillors to raise the flag outside the Town Hall. Hazel received a bouquet of flowers for her design being chosen the winner from 33 entries.

The Town Flag incorporates the Town Council’s colours with part of the town’s emblem on the left hand side, and three waves – which signify the countryside, the Phoenix Trail and the River Thame – on the right hand side.

Please note: this final flag varies slightly from the original winning design which was chosen on 9 May 2017. The changes were agreed at the Full Council meeting on Tuesday 20 June 2017, the minutes of which can be found here (Agenda Item 19).