Thame needs your vote to be Britain’s best high street! 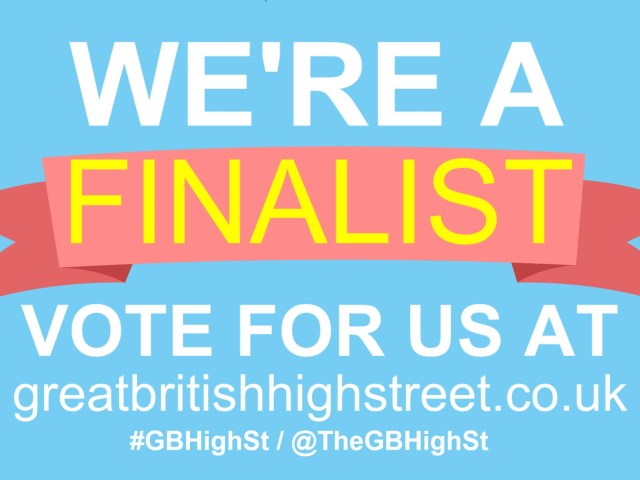 This year’s competition saw a record 900 entries across all 14 categories, including the new categories for individuals and shops. Now the shortlist has been drawn up and the public has the chance to vote directly for their best-loved high street online. Between now and November 18, you can cast your vote for free, once a day, by clicking here.

If Thame wins, not only will we get a share of prize pot worth £100,000, but we’ll win expert training from Google’s digital taskforce for shops, bars and restaurants and a trip to Twitter UK’s London office to further boost our social media skills.

High Streets Minister Andrew Percy said: “Our high streets are the life and soul of towns, villages and cities across the country and the record number of competition entries, this year is proof of their continued importance to local life. From North London to Northumberland, great work is underway to adapt the high street to the needs of modern life. I want to wish all who’ve entered the very best of luck.”

The Great British High Street Competition 2016 celebrates the great work that is being done to revive, adapt and diversify the nation’s high streets. It is one of a number of initiatives to help champion high streets as the cornerstones of the community. The Government is helping local business communities adapt to the changing face of high streets, with a £6.7 billion package of business rates support, to cut the rates for 900,000 businesses – with 600,000 now paying none at all. The second Great British High Street competition last year saw 230 entries and attracted over 200,000 public votes, with Bishy Road in York, a former finalist, crowned Britain’s best. Bishy Road found that winning not only boosted town pride, but also had a tangible economic impact with retailers reporting increased footfall. Thame’s Great British High Street co-ordinators hope that will happen too for Thame.