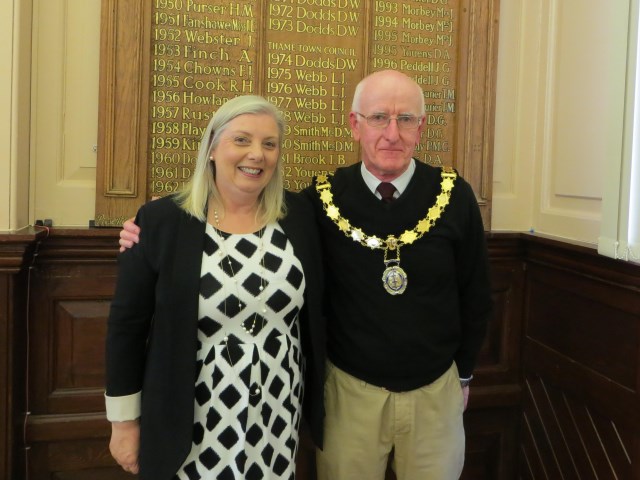 Yesterday evening, at the Annual Meeting, Thame Town Council elected its new Mayor, Cllr Tom Wyse, a home-grown resident of Thame and Town Councillor for 2 and a half years. He added “Thank you all for your support. I will make every effort to carry out the Mayor’s duty to the best of my ability… My aim is to try to bring some new ideas to the town”. Cllr Linda Emery was elected as Deputy Mayor following her year as Mayor of Thame, which she described as a ‘life changing experience’.

The Mayor has not formally announced his charities or events for the year, but these will be published at www.thametowncouncil.gov.uk/the-mayor in due course.

Click here to find out which town flag was chosen!