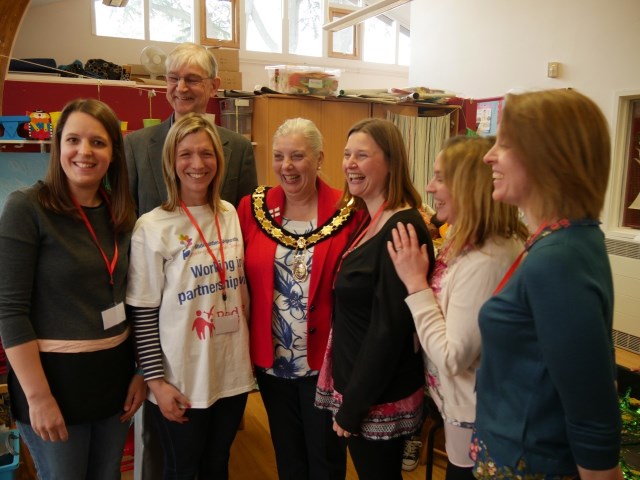 Following a year of preparation and fundraising by a community working group, the former children’s centre in Southern Road, Thame held a launch event on Wednesday 26 April. Amongst the many invited guests were Linda Emery, the Mayor of Thame, and many others who have given support to the campaign to keep the centre running after Oxfordshire County Council cut its funding and threatened it with closure.

John Hulett, chair of trustees for the new community charity with responsibility for the centre, was delighted that the funds had been raised to keep the centre open, at least for the coming year and hopefully beyond that. “There were two key reasons for wanting to keep this centre open”, he said. “Firstly, the support and activities that it offers to all parents and 0-4yr olds can only really work if they are based in the local community, here in Thame, and also in Chinnor. Secondly, Amy Spicer as leader of the former Children’s Centre, is so highly respected and trusted for the work she and her team have done supporting these young families in the past that we were determined to make sure that it could continue.”

Amy introduced her new staff team to everyone and the Mayor unveiled the new Family Centre sign and paid tribute to all the hard work that had gone into launching this community initiative. About 70 families and their children attended the event getting the new Family Centre off to a great start. The children were also thrilled to meet a giant Gecko and Teddy Bear who the regional Co-op team had organised for the centre. Full details of the centre programme can be found on their website www.redkitefamilycentre.org and Facebook page.