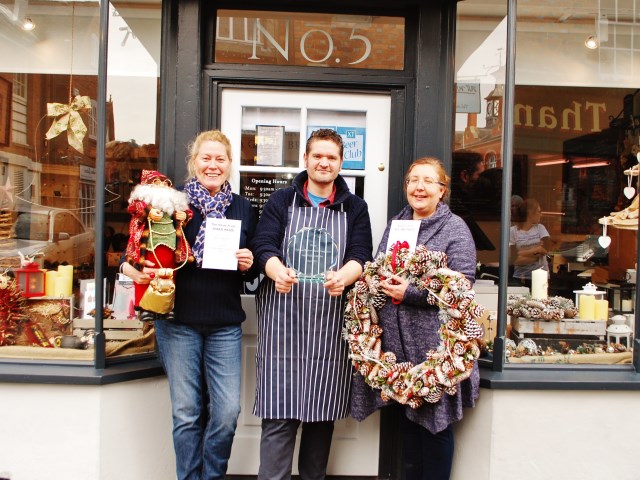 The displays were judged on visual impact, drawing power, innovation / creativity, use of materials, attention to detail, simplicity, and overall impression.

There were also two sponsor’s awards, made by competition sponsor, Time For You South Oxfordshire and West Berkshire (SOWB). These awards were made to Robert Stanley Opticians and Brothers Hairdressing. Time For You SOWB is a franchise member of Time For You, the UK’s premier house cleaning company.