The Great British High Street results are in… 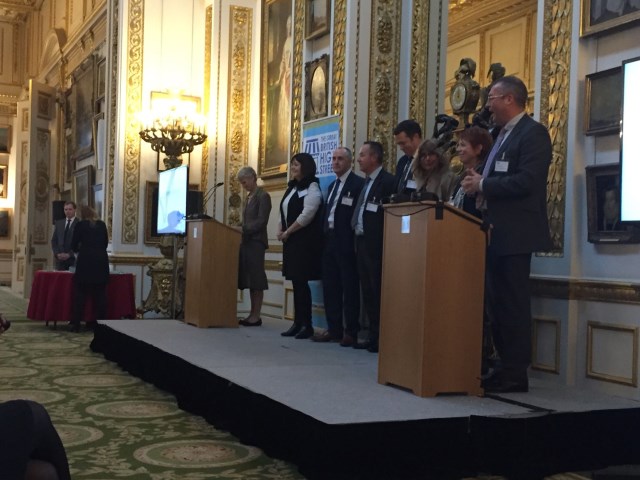 Thame wowed the judges as a finalist at the prestigious awards ceremony in this year’s Great British High Street Competition, held at Lancaster House, St James’s, London SW1 yesterday. After gaining a Rising Star in last year’s awards, Thame’s star shines even more brightly as a small market town finalist this time round. The organisers tweeted @TheGBHighSt, ‘In our view every finalist is a winner! 900+ applications and you made top 3 in category!’

The first prize in the small market towns category went to Hebden Bridge, which received £5,000 and a trophy presented by High Streets Minister, Andrew Percy. In addition to winning their category, Hebden Bridge was awarded a special new People’s Choice Prize for receiving a record-breaking 40,000 votes – the most ever cast for a location in the history of the competition.

Thame’s entry was highly praised by the judges for collaboration between the town council, businesses and the community. Thame was also praised for its innovative use of the prize money from last year’s Rising Star award, promoting the town’s Midsomer Murders connection to attract visitors.

The three shortlisted small market towns, Hebden Bridge, Thame and Chipping Norton, were visited by judges from Holland and Barrett and The Department for Communities and Local Government, whose marks accounted for 50 per cent of the overall score. The other 50% came from public voting.

Andy Torrance, Chief Operating Officer at Holland and Barrett said ‘What struck me in this category was the enthusiasm of the individuals and businesses who make these small towns the cultural and business hubs they are. They may be small, but they have big ambitions, and coming from a business which began in Nuneaton but is now present on high streets up and down the country, we know how important it is to think big when it comes to your goals. Hebden Bridge is a worthy winner, and one with a lot to teach the rest of us about the importance of enthusiasm and innovation within the community.’

Peter Aldis, Chief Executive Office of Holland & Barrett International said: “Although Chippy and Thame didn’t win, they should be extremely proud of being finalists in this year’s Great British High Street competition. The small market town category was the most fiercely contested, with tons of applications and an incredible number of votes cast. Both Oxfordshire towns were very impressive and they should take comfort in knowing that they’re amongst the best high streets in Britain.”

Thame’s MP, John Howell, said, ‘I hope you will be pleased with getting to the final – a great achievement. I am sure all the fantastic work will not go unrewarded in terms of value added to the town and community. One of the things I took from the day when the judges visited was the huge sense of working together that existed amongst you all. This can’t be quantified but makes the whole greater than the sum of the parts. I am sure this will reap its own reward.’

Cllr Linda Emery, Mayor of Thame, said, ‘Sonja and Helen, you certainly put Thame on the map – it’s an astonishing result and very much a community-led project. You built a great team and organised a brilliant event’.

Graham Hunt, Thame Town Clerk, said, ‘A massive well done to the Thame team for ensuring that we achieved what we did.  Whatever the result, this has increased our profile nationally as a great market town to visit, while also demonstrating again Thame’s community spirit of working together as we went through the competition stages.’

Chris Hurdman in Trio of Finalists

Chris spoke about the ‘great honour’ he felt to be a national finalist, and said afterwards. ‘I was of course absolutely gutted to not have won the Market Champion award. I have to take solace from being nominated by the people of Thame and being the only market trader at the awards. It was a great honour to represent market trading and I will carry on working with the community to help keep Thame’s market and high street amongst the finest in the country.’

The full list of winners can be found at  http://thegreatbritishhighstreet.co.uk/high-street-of-the-year-award. Pictured above: the Small Market Town Finalists on Monday. Credit: @TheGBHighSt 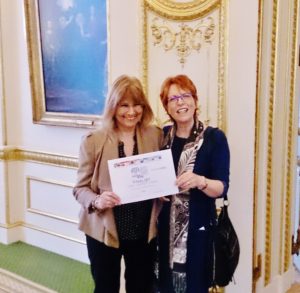 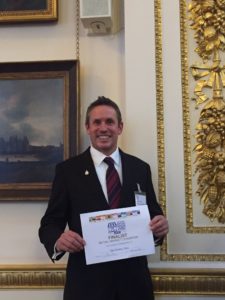